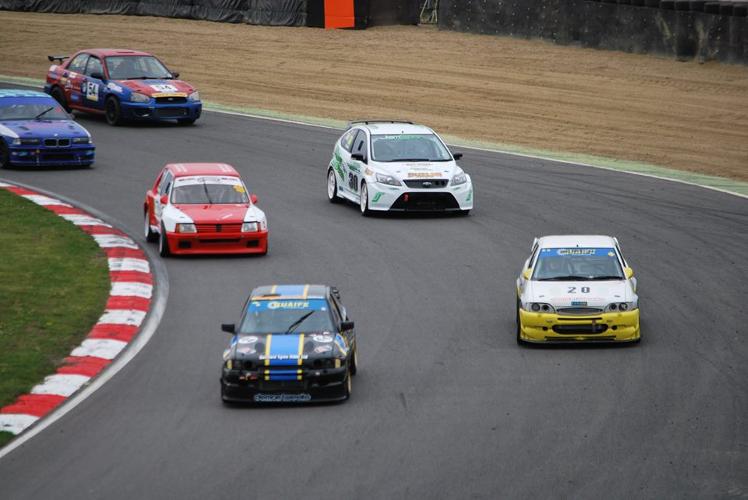 Great days racing at brands hatch with Gavin Thompson racing in the Motorsport News Saloon car championship in Peugeot 205, Gavin managed to qualify in 5th. Having to take evasive action loosing him a place at the beginning of the race, he then battled against Ian and managed to slip past getting him a 3rd overall and 1st in class in race 1. Starting now from 3rd on the grid in the 2nd race Gavin had another close battle with Ian and managed to bring home another 3rd and a class win.

Thanks to our new sponsor Milestone Reclaim.

Barney racing in the Cannons Tin Tops in his Toyota Starlet had major problems during qualifying putting him in down in 15th but was soon up to 2nd, had a great battle with another car tuned by us driven by Tom Bridger in his Rover Tomcat who managed to fend off Barney the whole race putting Tom 1st and Barney 2nd, Lewis Turner picked up a 3rd in class. Sadly Reece Jones had to retire in his newly built Ford Focus RS. Race 2 saw Tom and Barney head to head of the line, Barney managed to keep his nose in and get in front of Toms rover which saw him take the lead until the chequered flag, Tom finishing 2nd.

Great weekends racing had by all.