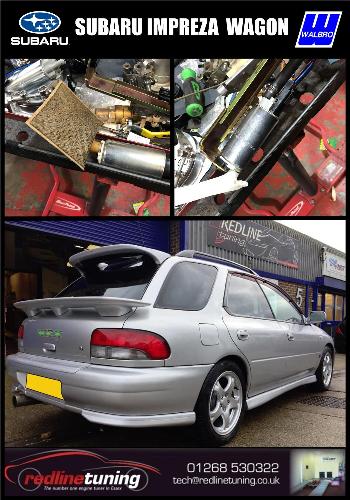 We had this classic Impreza CG8 in a few weeks back for some tuning work, unfortunately due to the problems that the vehicle was having due to a stock ECU fault we were unable to tune the vehicle on a Unichip piggyback ECU, the owner decided that due to the fact that he was building another fully forged engine to go in the car at a later date that he would go for the Link G4X plug in ECU, we supplied and fitted the ECU along with 3 port boost solenoid and then were able to get it onto the rollers to tune, a very nice usable +300bhp from a relatively stock vehicle, injectors were the limiting factor not allowing us to increase the power more than we did. However we look forward to seeing the car back next year with the new engine, turbo and injector set up in and we can see what it can really do. Many thanks to John for bringing his vehicle to us to tune and pleased to know it going well.